Coonalpyn is on the main road from Adelaide to Melbourne, a couple hours outside of Adelaide and in perfect time to rest and have a donut stop. Its claim to fame is several large silos decorated with impressive art. Standing tall and proud these 30-metre tall murals depict Coonalpyn’s school children and “the hope for the future”. It’s outstanding artwork, and worth the stop to appreciate rather than just drive by. 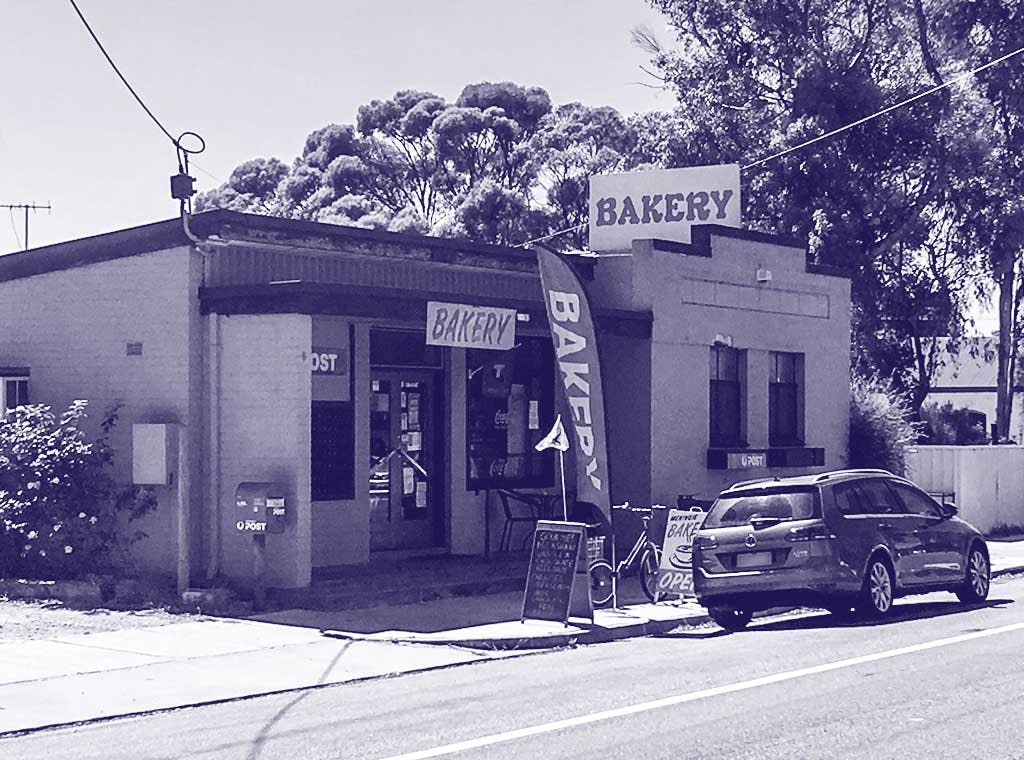 Other than the murals there isn’t much else in Coonalpyn, at least not on the main street. There was a waffle place that was doing okay trade a couple houses down from the “bakery” as well as toilets and a parking lot – which were doing an even better trade. The bakery/post office/shop that had a couple loiters outside but most people had their attention directed elsewhere. I went in to get a donut and found them wrapped in clingfilm on the counter, sitting next to a warmer with a small selection of pies.

I have a bit of a rule about donuts, or any goods, wrapped in clingfilm – it rarely works out well. The clingfilm distorts the aesthetics of the donut for starters and also it means it’s probably not going to be fresh. But the women in the shop assured me the donuts had come in that morning – so I gave it a try.

And I’m glad I did. The donut was delicious and hit the spot. Goes to show you should never judge a donut by its clingfilm cover.

The donut was tempting to behold. It was generous in size and the sprinkles were quite large (compared to most sprinkle strands). It was a colourful donut, well coated in these large sugar strands, sitting on a light golden dough.

There were plenty of fresh sprinkles to go around. The icing was a slight berry flavour, but not overpowering or too fake. The icing was also thicker, but slightly crumbly. Sadly the sprinkles could have been slightly fresher in taste; they tasted slightly old but thankfully that didn't change their crunchy texture.

The dough was yeasty and sweet with a good balance with salt, but not the strongest flavour. Disappointingly, it tasted a little bit stale, but this may have been related to its cool temperature.

The dough was slightly chilled, as if it had not long been out of the fridge. It had a nice chewy density to the texture although was lacking a crunchy, outer shell. The icing was thick and dense and there were plenty of sprinkles for crunch.

If this was the donut after being transported from another town and bakery, I can only imagine how good it would be fresh and straight out of the fryer. The donut hit the spot on the drive from Adelaide, enjoyed in the shade of the town's large mural.