One of the first donuts I had ever formally reviewed, probably around two years ago now, was the maple-bacon donut from <a href="https://theholeygrail.blog/adelaide-west/devour-cafe-patisserie-donut/">Devour Cafe</a>. This donut was delicious, sweet and salty, and a light, wonderful complement to what had been an already great breakfast. Sadly, whenever I’ve returned to Devour, I’ve been told that they rarely do their maple-bacon donut anymore – woe is me!

So, why would I be mentioning Devour cafe? Well, on further probing regarding the lack of maple-bacon donuts, it was revealed that Devour’s donuts were actually made by the same baker as Third Time Lucky, a cafe on Henley Beach Road. I had visited this little cafe a couple of times, had appreciated their coffee and brunch items, but usually by my arrival they had run out of donuts. 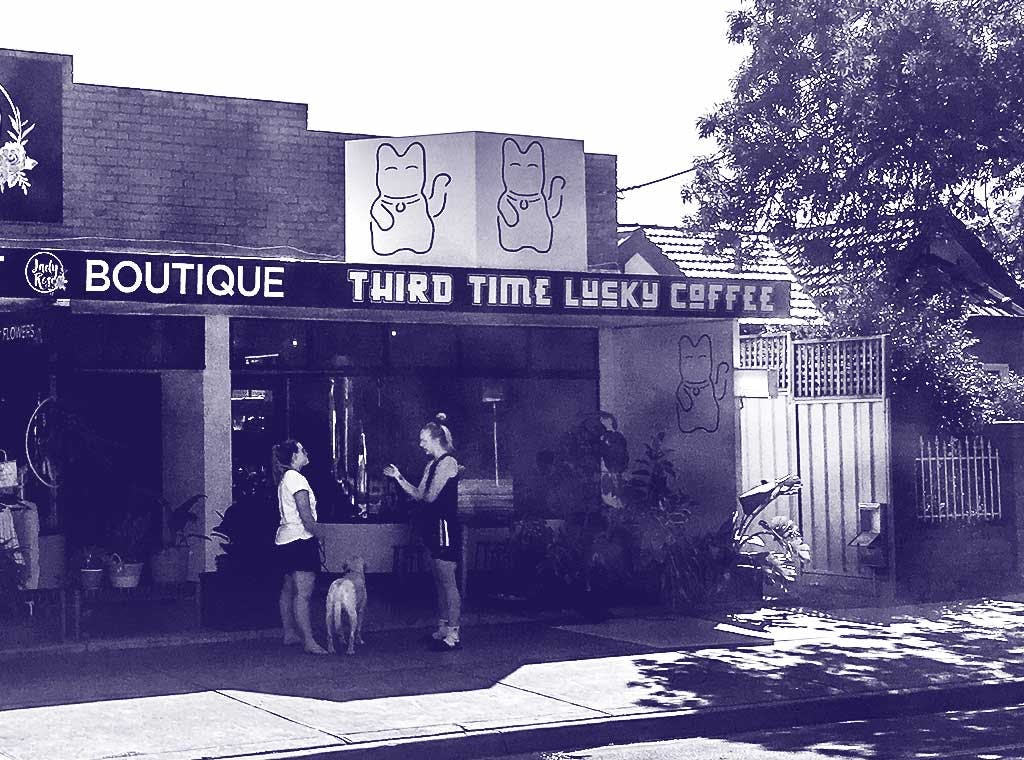 Eventually, luck was on my side – not with a maple-bacon donut but a raspberry-coconut one!

Already one could see how aesthetically pleasing it was, but many a donut connoisseur has been fooled by that one before. Never judge a donut by its topping as they say in the biz – yet, with its glossy white sheen and a sprinkling of deep red raspberries, it looked irresistible. The price was on the upper end of generous at $5.00 a donut, especially given its small-medium size, so you would want some bang for your buck. But an enticing smell of coconut, yeast and the tangy sweetness of raspberries arose from the little box they gave it in. My expectations were high.

And indeed the donut was delicious, as the ratings will go on to show. It was an artisan donut of a baker who has put time and thought into what they’ve created, not a mass-produced sticky mess (<a href="https://theholeygrail.blog/adelaide-city/krispy-kreme-donut/">#KrispyKreme</a>). The more I review and blog donuts, the more I realise how unique they are. This donut is not one to be accompanied by a steak pie and Farmers Union iced coffee – and there are many excellent donuts to fill that role – this is one to be savoured in the light breeze of a warm summer’s day, with a silky cappuccino in one hand a good book in the other.

The donut can only be described as pretty. It was small-medium in size, taller in dough height rather than wide in diameter. It was a golden dough topped with a light creamy glaze and flecks of dark red dried raspberries.

To my delight it actually tasted like coconut and raspberry – this may sound like an odd comment, but how often do you have a pink "strawberry" icing that actually tastes like e-numbers. Not so here! The lovely glaze packed in a perfectly balanced coconut flavoured that added sweetness to the tart dried raspberry pieces.

I thought the dough was amazing. It tasted fresh and yeasty. My only issue was that it needed a touch more salt to bring out its flavour. You could taste the oil, but it was mild in flavour.

The texture of the dough oozed freshness with a soft and chewy centre. The icing was not an icing and actually a glaze, but could have been a touch thicker. Sadly, there was no crunch at all from either the dough or the topping, just softness all around, but still well fried. The raspberry pieces added some chew.

It was a donut worth sitting down and savouring, not one to inhale on the move. It tasted like American donuts I had eaten in years gone by, but with the classiness of a British tearoom.